Is PPC A Waste of Money 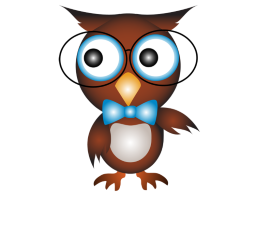 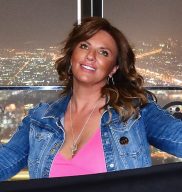 Jennifer Martin is a coach, author, and marketing strategist who works primarily with influencers, real estate agents & brokers, doctors & medical providers, sports, & entertainment professionals, attorneys & law firms, and many other small and medium-sized businesses. Her expertise is strategizing with her clients to create a strategic approach to meet goals and objectives while dominating online.

Read on if you’ve heard the word “metaverse” and aren’t sure what it means. We’ll explain what Metaverse is and how it works throughout this tutorial. For simplicity, let’s call the Metaverse a parallel internet world!

In What Way Does The Metaverse Work?

The phrase “metaverse” is generated by combining the two terms “meta” and “universe,” which are both distinct concepts. Digital items and things serve as metaphors for the digital humans that inhabit them. Social networking, AR, VR, online gaming, and cryptocurrency are some technologies that might be combined to create a new idea. Also, make it possible for individuals to communicate online. It’s a place where people can meet, buy, do different things, and learn new things, all in a virtual world.

Stephenson is the author who coined the phrase “metaverse,” and it’s widely accepted. As the author of Snow Crash, a 1992 science fiction book, he came up with the idea of people meeting as avatars in different virtual reality situations (like actual 3D structures).

A group of people may engage in a virtual environment with programs like Microsoft Teams or Zoom, examples of metaverses. On the other hand, a broader idea of digital feature space called the Metaverse may bring people together for various activities such as virtual vacations, live concerts, and professional conferences. The Metaverse may be found in many popular video games, such as Minecraft, Fortnite, and Roblox.

Currently, it’s a significant issue since Facebook and Microsoft are rebranding it. These two well-known organizations are devoted to using the Metaverse idea.

Is This A Novel Concept?

No, I’m not saying that. It’s nothing new, at least not to gamers. The premise and workings are easy to grasp for those familiar with Fortnite and Ready Player One. However, the word “meta” has only lately become popular since Facebook purchased it and renamed it.

What is the purpose of the Metaverse?

To summarize what we’ve just said, the Metaverse is a tool for constructing a virtual setting in which individuals may interact with one another. With this virtual environment, people can get inside the information instead of just looking at it.

What Are The Existing Metaverse Implementations?

In addition, it aims to improve virtual reality technology, including the recent debut of Facebook Horizon, which is essentially a VR environment. Most online video games, such as Roblox and Active Worlds, are included in the current Metaverse implementations. Several businesses are also focusing on using the Metaverse to boost productivity.

The Metaverse Project Is Something Microsoft Is Currently Working On

Together Mode, for example, is one of many new features aimed at improving virtual cooperation. Microsoft is uniquely marketing the Metaverse. A Microsoft Teams Mesh for Microsoft Teams, similar to a Metaverse, is expected to be released shortly.

In The Metaverse, What Will My Options Be?

There is a lot of buzz around the Metaverse as a potential game-changer by bringing people from all over the world together in a virtual environment. Everything from concerts to shopping to leisure activities may be done in a virtual world. Metaverse’s scope is not restricted to a single task. Work-from-Home (WFH) changes and the current coronavirus epidemic are more critical in today’s environment. Workers may participate in a virtual office rather than see one another on a video conference grid in certain situations.

Jennifer Martin is a coach, author, and marketing strategist who works primarily with influencers, real estate agents & brokers, doctors & medical providers, sports, & entertainment professionals, attorneys & law firms, and many other small and medium-sized businesses. Her expertise is strategizing with her clients to create a strategic approach to meet goals and objectives while dominating online.
Contact Us